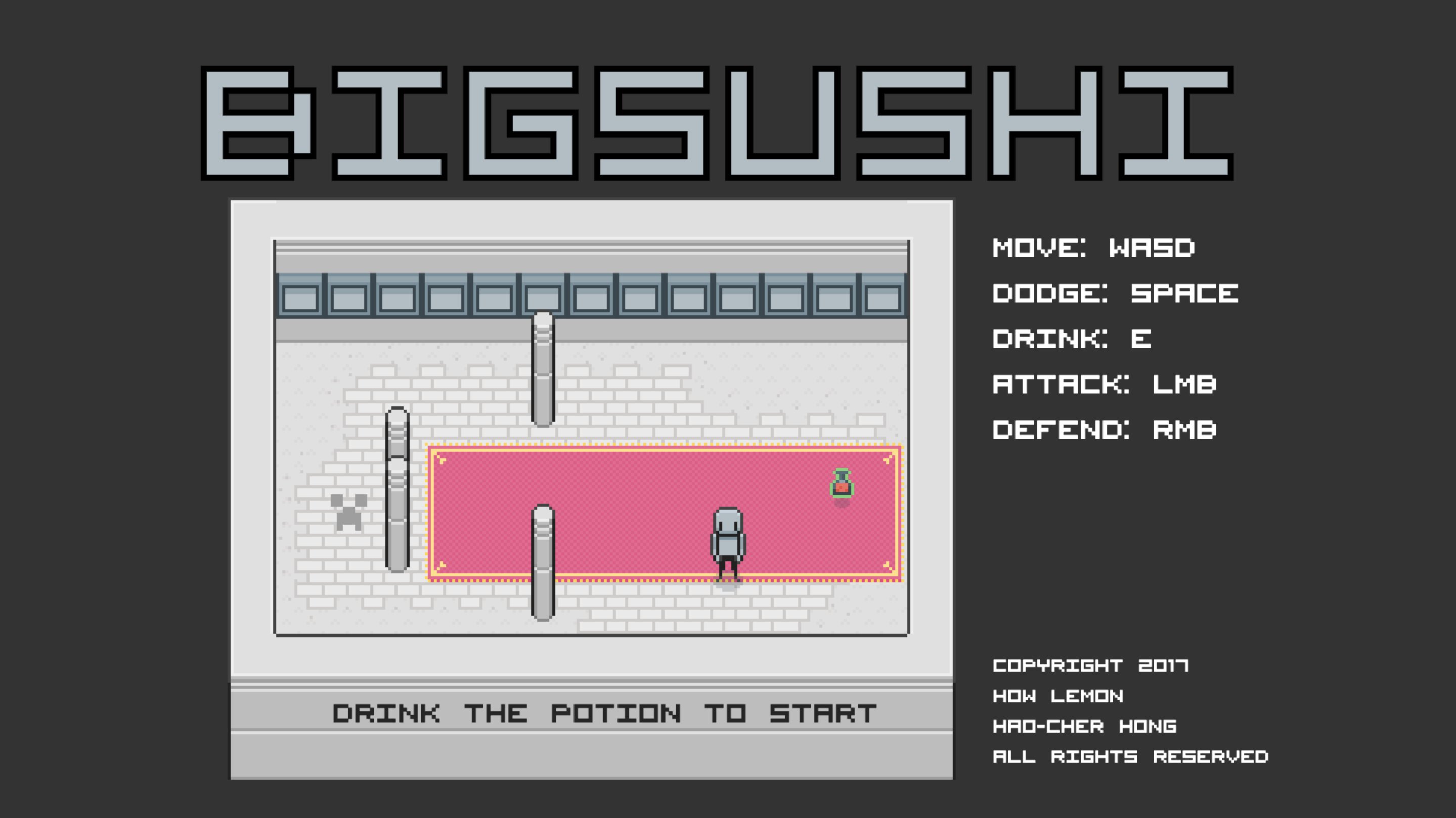 BigSushi my project for the course "Pratice of Object-Oriented Programming" in the college. The purpose of the term project was to understand OOP in pratice. We had to modify and use professors game framework to re-implement games already on market, we don't have to design one. However, since I was already an experienced game developer, before we implementing the game, I developed my own game engine instead of using theirs. I took Unity as reference and developed this 2D version Javascript game engine. Most of the engine API are pretty similar to Unity, which pretty friendly, so my teammate can learn it quickly and implemnt the game in "Unity way".

We added a translucent layer on the character and mobs to make them visible behind walls. 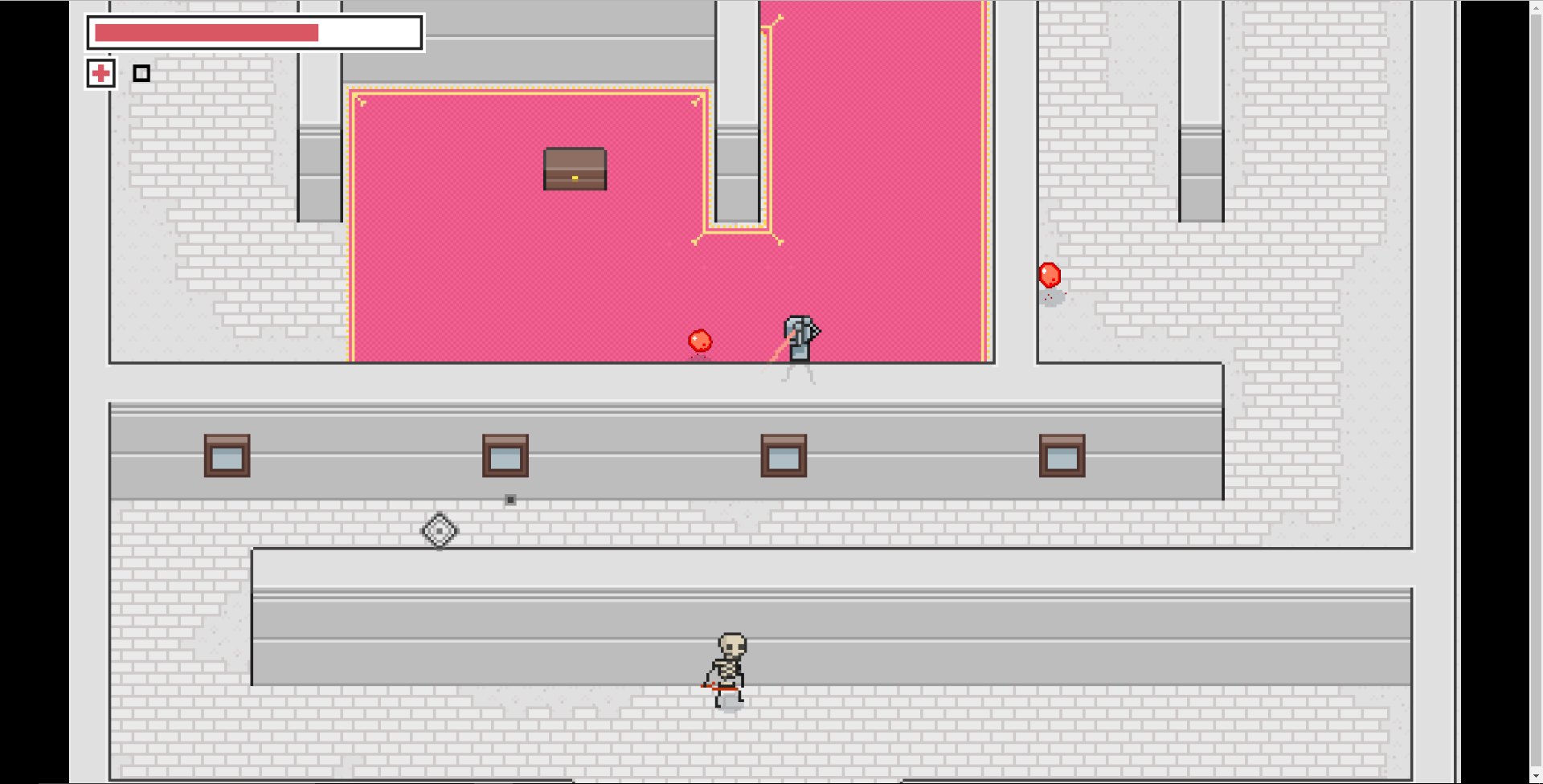 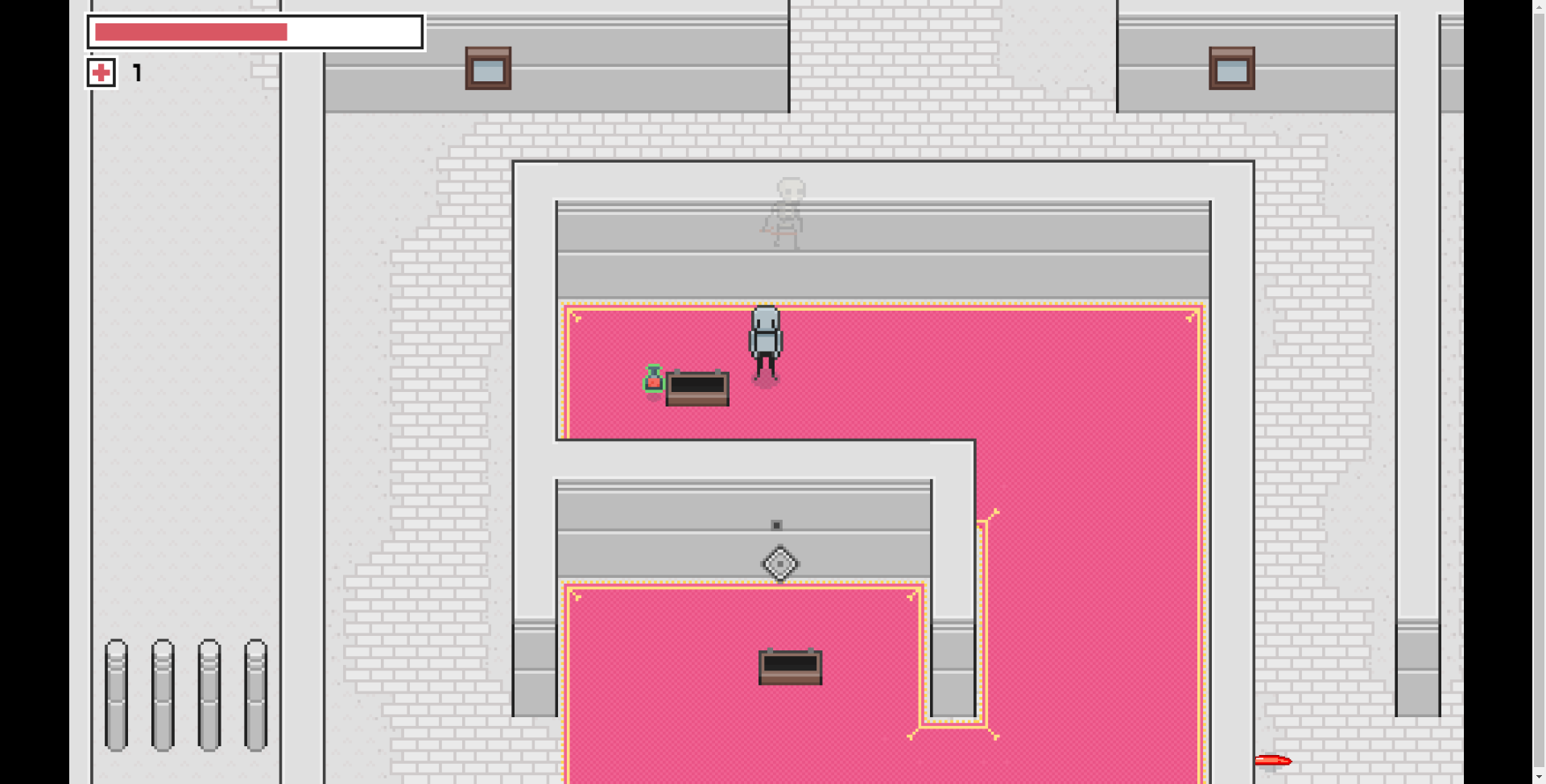 I developed a visual interface debugger for the engine with React. You can inspect the scene objects and their properties with it, and even modify their values in real-time. 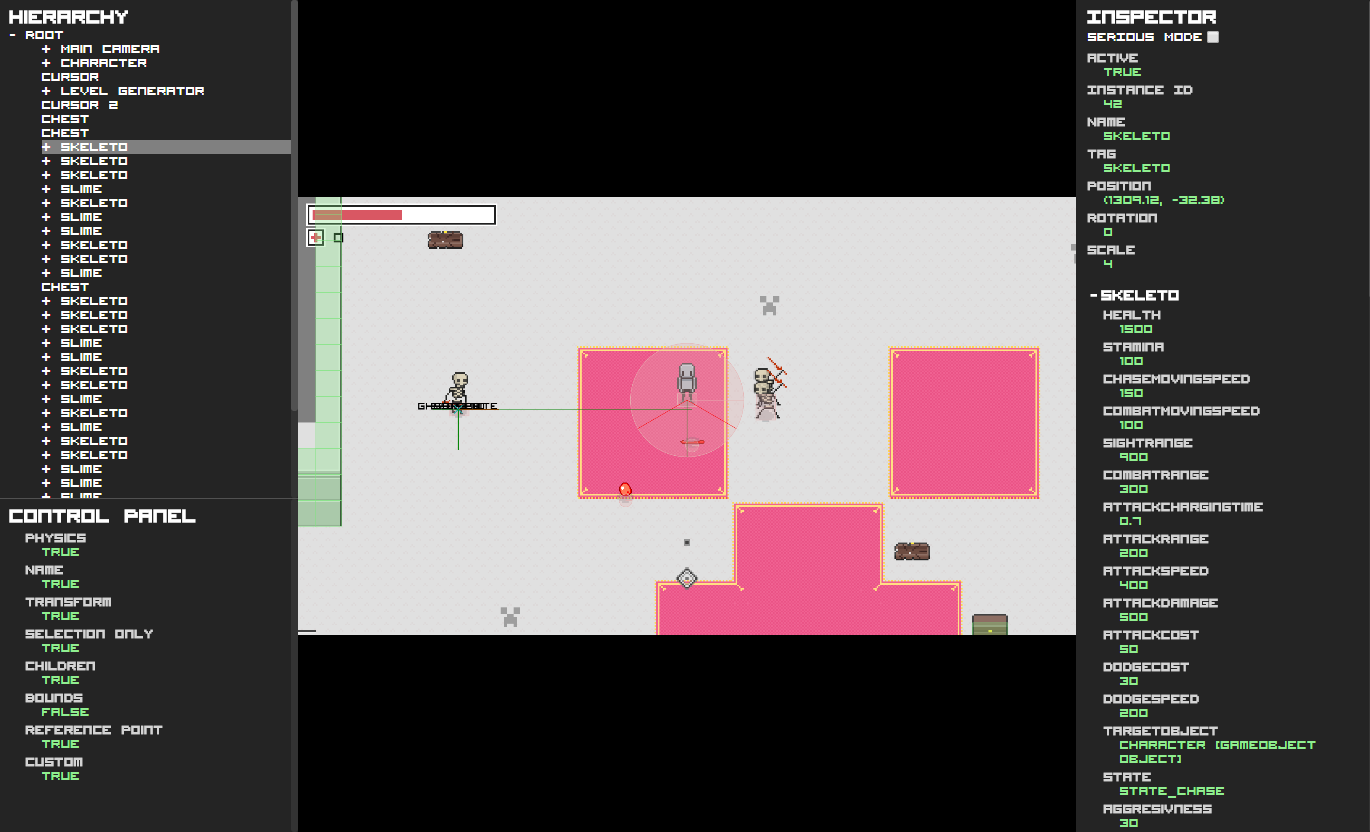 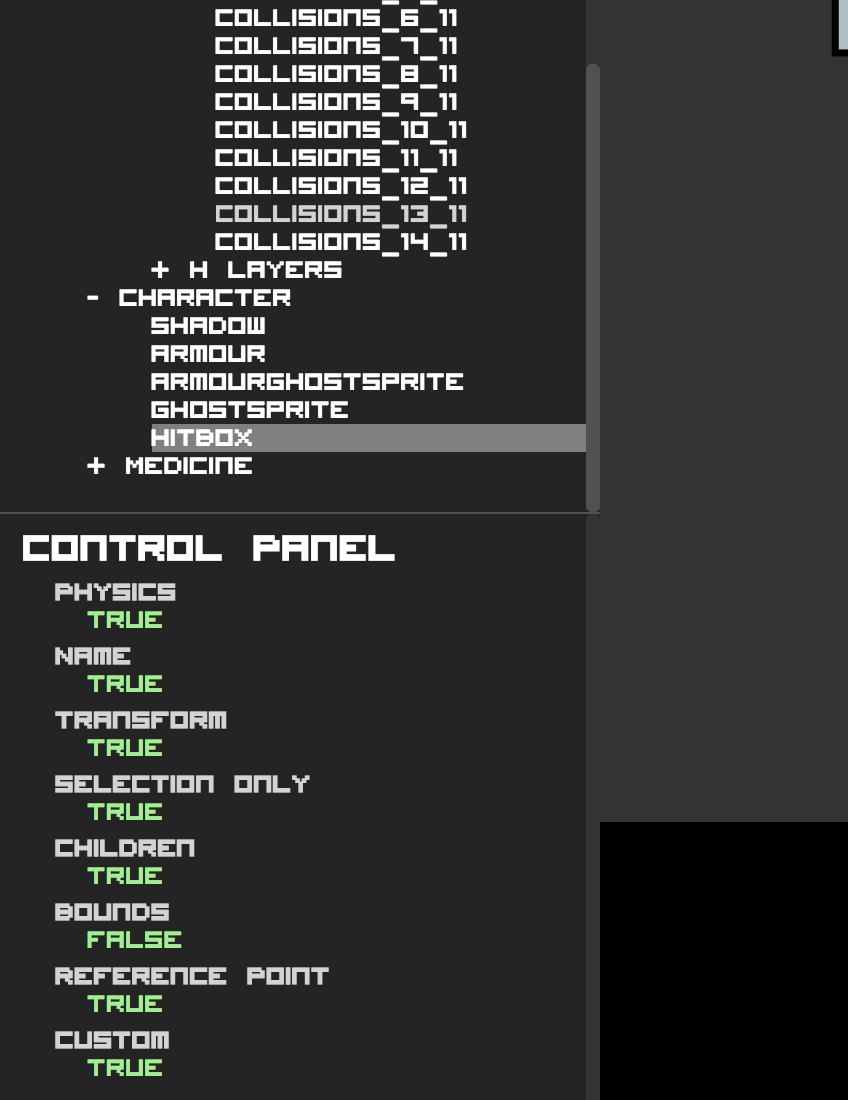 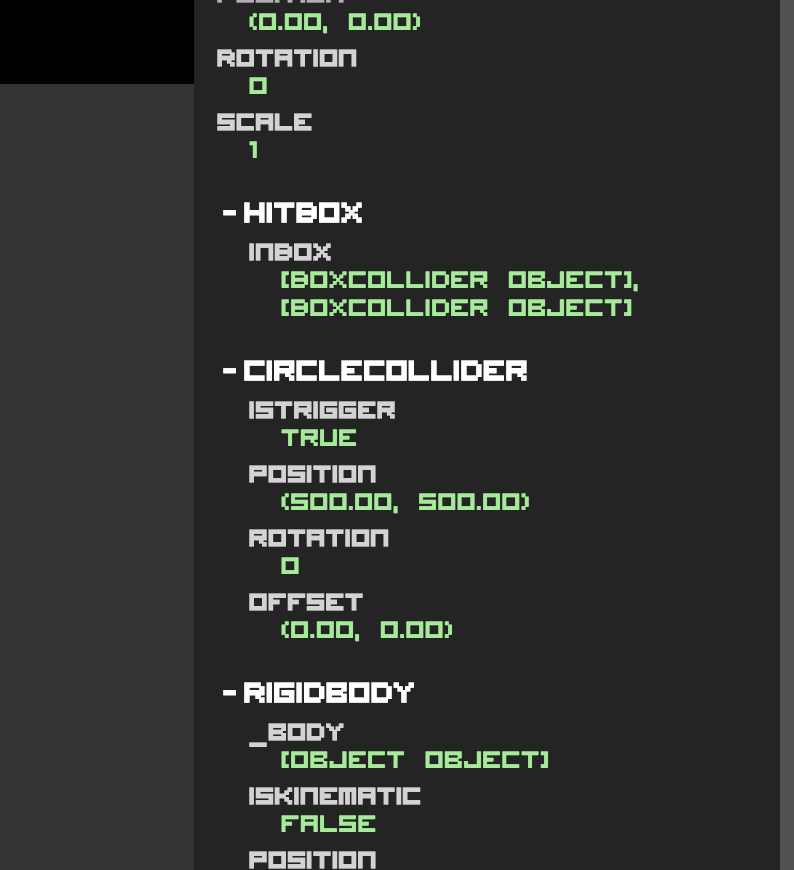 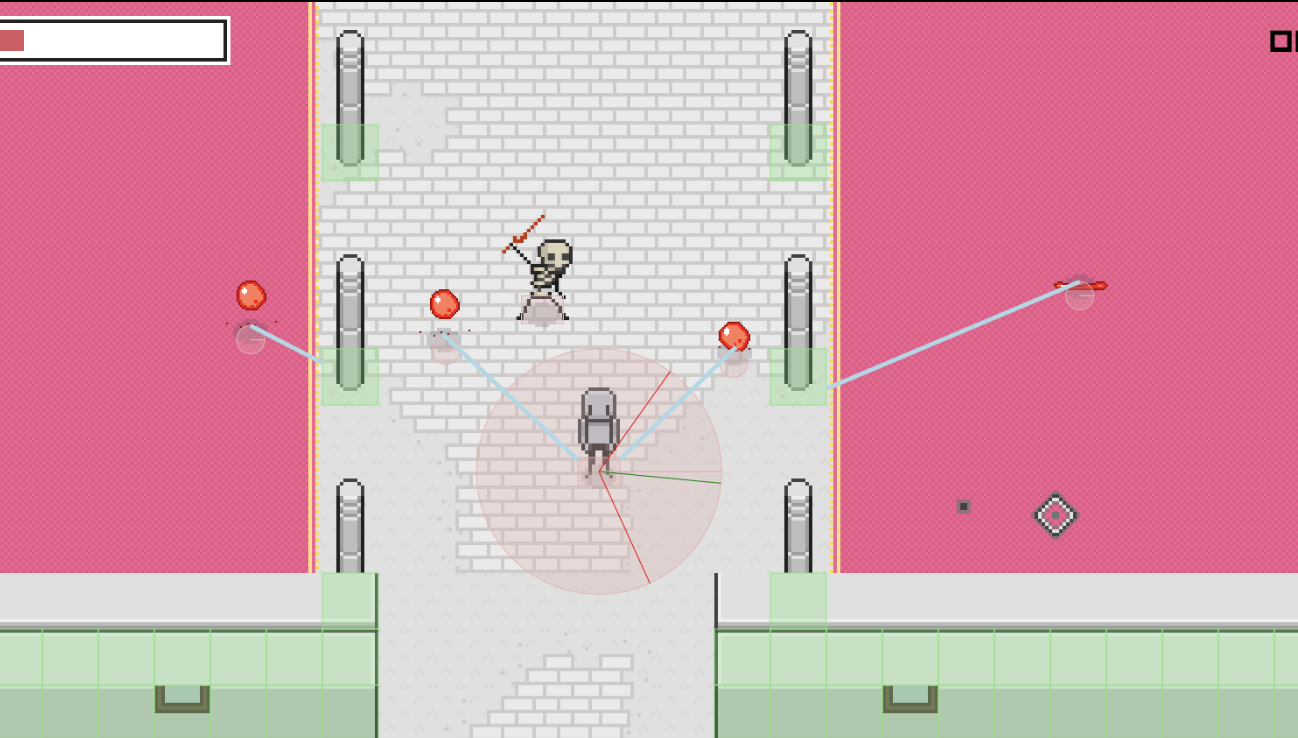